Tossed in jail for that third rain barrel?

Tossed in jail for that third rain barrel?

First, I have to say that I’m sure there are those with the best of intentions behind the water laws of the west, and that probably even more good intentions went into the “legalizing of rain barrels” in Colorado. Well, sort of. 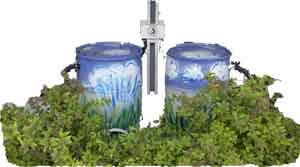 I don’t get political, and I’m not trying to start now. As with so many political issues, there are differing sides of the same coin that have a hard time seeing it any other way, and so some sort of compromise must be reached to avoid gridlock.  This compromise, for Colorado, appears to be officially making it legal for homeowners..

In May 2016 Governor John Hickenlooper signed a law (House Bill 16-1005) that allows residential properties and multifamily residences with four or fewer units to use up to two rain barrels, located above ground, with a combined storage capacity of 110 gallons.  (from http://www.lot-lines.com/rain-barrels-no-longer-illegal-colorado/)

Unfortunately, this may have made it worse. 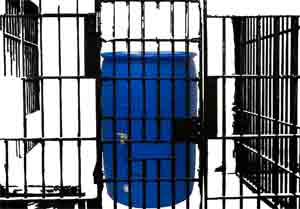 A step in the right direction? Yes, especially if getting 1 or 2 rain barrels inspires further change, like taking out turf, adding swales and earthwork to slow down runoff.. (not sure where this falls in the “illegal rainwater harvesting” arena, especially if you’ve already max’d out your 110 gallons…) The thing is, it seems that what was an obscure, never really identified or enforced law, is now very real and specific, and can even be removed..

the State Engineer “may curtail rain barrel usage” if a water right holder can prove that the use of rain barrels has impacted their ability to receive their entitled water.

This could raise some questions as well, but the law is the law, and I digress.

More specific and to the point, if you live in almost any house in Colorado, these laws were probably put in place  before your house was built. Unless your house is 130+ years old…

…Why is that relevant? Well, because chances are unless your house was built on solid rock, before that house was built at least a little more rainfall filtered into the ground on it’s current footprint.

So by definition, any homeowner should be able to, nay, be Obligated to, capture the amount that had previously filtered into the ground where their house sits,

as long as they are doing just that with it: filtering it into the ground.

(Look out, I’m about to get all technical on you) 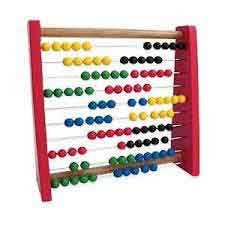 If the coefficient of runoff (factor of how much rainfall runs off vs. how much infiltrates, the coefficient is basically the % that runs off for certain surface types and slopes) for a forest floor is 0.1  (see table link below ) -that is, 10% of rain that falls on a forest runs off, so 90% infiltrates), and a house roof has a coefficient of .95, and said house has approximately a 25’ x 40’ roof area (1,000 sq.ft.)… 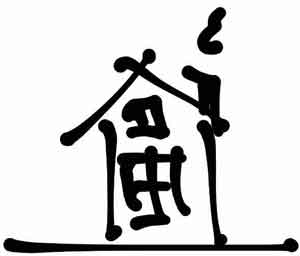 When would that apply? Before your house was built, and when the water laws were enacted.

That means about 538 More gallons run off from your house now than what used to when the laws were put in place.

Call me crazy, but it seems to me that for every 1” of rainfall on any given house that was built after the prior appropriation water laws were established, that homeowner has a legal Obligation to capture the difference of